Wanted to post something for a long time. But I don't know what to post until now. Lately, I've experienced a lot of hurt in my campus life. People you think you trust and are friends just turned out the other way. After being sad and all for some time, I thought of one of the devotional materials. This is what I want to share with you guys (if this blog still has reader :P).
"Every human on the face of the earth has the ability to let someone down. Everyone is capable of breaking a heart. It's our nature. There is no one who can live up to another's expectations 100 percent of the time.
No one but Christ.
... We are not to put our hopes in people, but in Christ, who would never, ever let us down.
To some people, that's good news.
To others, it's like saying we can count on the tooth fairy. To them, Christ seems so far removed from the reality that they think reaching for him would be like reaching for thin air.
But they would be wrong.
You see, Jesus knows of our heartbreaks. His heart was broken when his disciples scattered to avoid arrest and one of his twelve closest friends betrayed him for thirty pieces of silver. His heart was broken when he heard that Peter, one of his most trusted confidants, had sworn he didn't even know him. His heart was broken when he hung on that cross between thieves and heard the soldiers mocking him and knew he had done nothing for which he could be executed. His heart was broken when the thief on the cross next to his cursed and heaped insults on him. At the same time, his broken heart must have reminded him why he was there. He had come to earth for the sins that caused all of those heartbreaks.
Because of Christ's suffering, he not only understands our suffering, but he has such an affinity with us that he can call us brothers and sisters. To me, that's wonderful news! That tells me that no matter who breaks my heart in this life, or who lets me down or deceives me or rejects me or betrays me ... I'll still have an anchor. Jesus understands, and he will never break my heart."
Yes! Some of you may say, "It's easy to say than do." I do agree it's easier to say. But if everyone says that and never put into practice, you will never experience the beauty of a healed wound until you die. I am learning, too. I've chosen to take the first step. What about you? Are you going to continue to let it hurt you until you can't stand up? Or are you going to trust in the Lord and find joy in Him? It's okay to cry about it. But after crying, what are you going to do about it? Keep on crying and let it tear you down? Or commit everything into God's hands and asking Him for help?
Thrown in by karmen at 6:00 PM No comments:

Are We Shining The Light?

Yup, we had our 1st EY meeting of the year…and praise the Lord we had a great number of youth turned up..God’s providence is always great!! Amen.


Started off with the killer, police and citizen ice breaker game…kinda fun though..can kill someone and anyone by just pressing the hand. thanks Enli and Jia Wei for introducing the game!! GJ. So as consistent as we are, we will always punish those who lose in the game..Though it is a punishment, bt they are still enjoying it..That’s another good thing about EY.

Here are some of the pics taken during the meeting…. 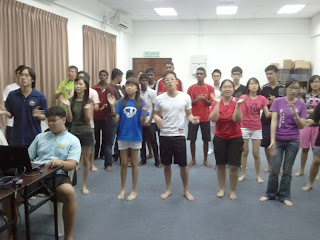 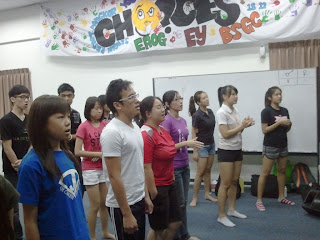 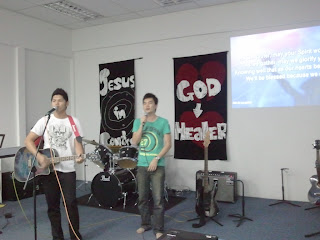 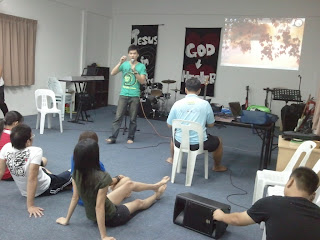 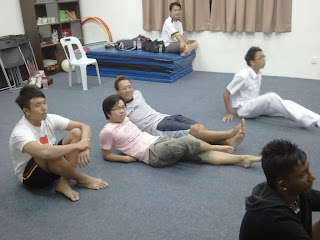 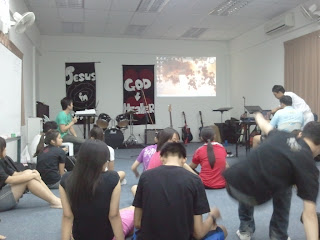 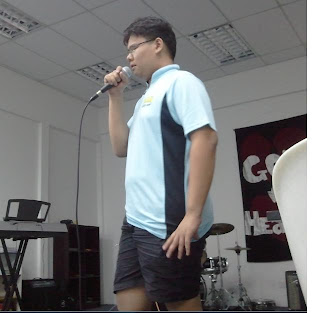 This year, where is EY heading? What is our theme? What will be our main focus this year?

Matt 5:14-16
You are the light of the world . A city on a hill cannot be hidden.Neither do people light a lamp and put it under a bowl. Instead they put it on its stand, and it gives light to everyone in the house. In the same way, let your light shine before men, that they may see your good deeds and praise your Father in heaven. 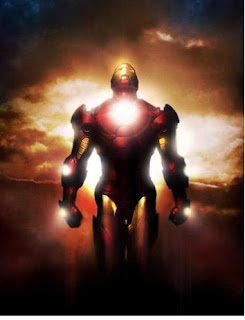 Being the Light of the World!!Many at times we dare not bring out our light as Christian. We dare not tell people what we believe. We tend to blend into the world instead of making a difference.

It is time, people to shine forth your light and be an agent of change in the society. Let’s make an impact to the people out there, in our school, work place, family and friends. That when others see us, the see Christ in us.

Hence, this year we will be going out often to do social/community work and practise being the light of the world. Lets come together to make an impact to this society and bring change to the world!!
Thrown in by Elim Youth at 1:53 AM No comments:

Wow, finally I am having little bit of free time over here after a crazy month of Dec. 2010 had come to pass and we are already in 2011..the old had gone and the new has come. If I were to share on the previous year, definitely he had shown me countless time how of a great and impossible God he is. I am just humbled by looking at what He had blessed and done for us. 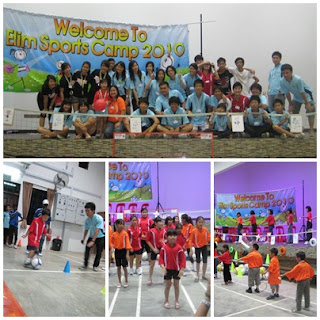 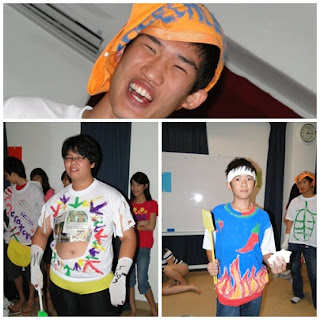 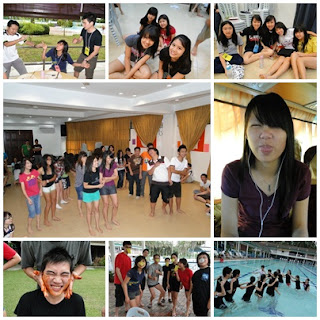 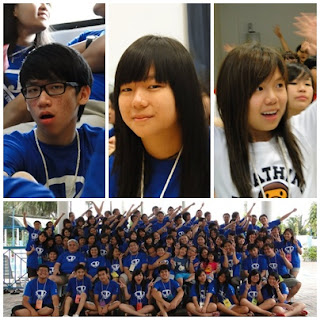 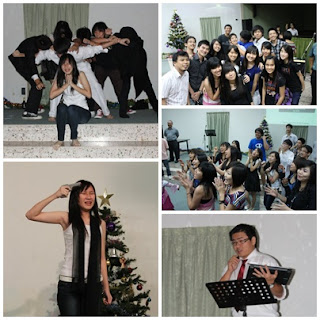 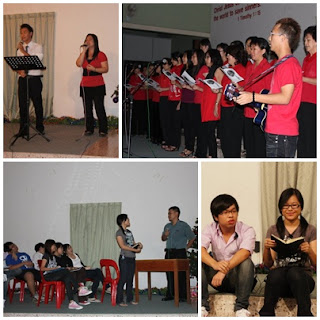 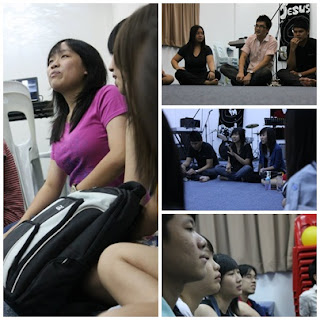 I do give thanks to the Lord for blessing me with such a great and wonderful youths and youths advisor in Elim. In fact I do felt exhausted and feel like throwing in the towel at times, but the Lord never fail to give me the strength to continue. N everytime ,the Lord chose to use the Elim Youths to give me this strength to persevere and continue.

Elim Sports Camp, all of you came in to lead and help in whatever ways you can. Some of you are for the 1st time leading a group, 1st time acting, 1st time teaching and 1st time leading children singing but still you guys did it. The no.of helpers volunteered, the no. of parents turned up for finale…Nothing is Impossible!!

As I had shared in FB, Able to be part of his perfect plan is infinitely more rewarding that what the world can ever offer me. I still believe that and will continue to believe so.


I am very sure this year will be a much rewarding and greater year for Elim Youths and even for Ipoh. Lets continue to shine forth for Him and strive for the impossible as our God is the God of the Impossible. EYERS, GO FOR THE IMPOSSIBLE!!!
Rick
Thrown in by Elim Youth at 11:49 PM No comments:

Yup...its just a few  more days before the YOUTH CAMP...hope everyone is excited about it...:)

So ya , just to do some last updates to all the campers going from Ipoh..yup IPOH MALI people..get ready to ROCK Rawang

Below are the details of camp:
From ?  17 Dec to 20 Dec
Camp site? MBS Kundang, Rawang
Leaving from Ipoh at?   9 am (Meet in church latest by 8.45am, if not you jalan kaki ya)
Meetting in?  Elim Gospel Hall
Going Rawang by? Bus


Thing TO Bring
A) toiletries (soap, toothpaste, toothbrush, etc)
B) towel
C) clothes that you don't mind getting dirty
D) swimming wear (if you intend to swim- there is a swimming pool at the campsite)
E) sneakers and slippers
F) stationary (writing items and notebook)
G) Small amount of pocket money
H) sleeping bag (optional)
I) bible (if you have one)
J) sporting gear like badminton or tennis racquets, basketball, etc
K) sun-block lotion
L) bottle for water
M) some snacks (optional)
N) casual wear sufficient for the duration of the camp
O) Torchlight

Things NOT to bring
A) expensive items like jewelries,
B) prohibited items like alcohol and drugs
C) explicit materials

THERE ARE NO 'KEDAI RUNCITS' AT THE CAMPSITE. SUPPER WILL BE PROVIDED BUT FEEL FREE TO BRING UR OWN SNACKS. :D

Any questions just ask me or Katan or Amelia...Don't call us during midnight ok. We will make sure you have some real 'fun' time in camp if you do so!!

Cheerss
Thrown in by Elim Youth at 10:26 PM No comments:

Time really flies and this Sat will be our last EY meeting of the year....

Since it will be our last meeting, we are going to have some makan makan and some fun time together.

Also we would like to take this chance to thanks those youths that had helped out in the Elim Sports Camp. Though the camp has not ended yet but still we have every reason to give thanks and celebrate.
GREAT JOB GUYS!!!

So ya,we would like to invite all those youths that had helped out in the Elim Sports Camp to join us for this BBQ nite...
- Our very own Elim youths
- AMC cheerleading girls
- Ipoh Bug football guys
- Cornerstones guys
Did i miss out anyone?

Those youths that did not help out in Elim Sports Camp and would like to join, pls let me or Katan know ok.

See ya this Sat!!

Rick
Thrown in by Elim Youth at 1:14 AM No comments:

Who Did the Best Hulaaa! 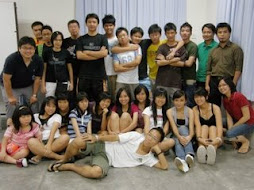 Dude and Dudettes of EY